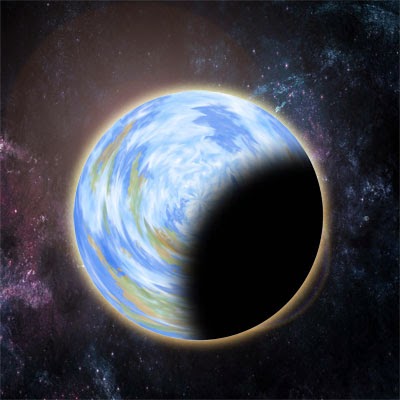 Agnebergus IV is the fourth planet in the Agnebergus system. A small system in the Gota sector. It is mainly an agriculture planet not only feeding the other two inhabited planets in the system, the mine world Agnebergus III and the moon Seguitus, but also several other systems in the sector.

A decade ago Waaagh Snassthoof suddenly hit the sector, the third this millenium. In a matter of month it overrun several systems before the empire had time to react. The main thrust hit the Holmus system where fierce fighting still take place. When the fighting over the big hives on Holmus XI raged as fiercest did the warlord Snassthoof diverted a part of his Waaagh, mostly consisting of young warlords, to Agnebergus. The goal, to make sure that the planet Agnebergus would not supply the main fighting forces in the Holmus system. Or with Sanssthoofs words “A 'ungry 'umi is a week 'umi”. Giving every warlord a part of the planet to roam to avoid conflicts between them. The empire responded by sending ten regiments of the Ferriarian Steel Eagles to help the under supplied planetary defense force. Ever since has the fighting on Agnebergus IV raged on. The ork not with the goal to conquer the planet but just raiding and pillaging the countryside. The war is has seen ever shifting fronts where the empire try to force a decisive battle with the orks but failing due to the scattered organisation of the orks. Resulting in even further devastating of the valuable fields and pastures.


Failing the previous strategy to engage the orks the imperial troops instead concentrate on protecting the central most fertile areas and the space port in Hive Agnebergus, the only city big enough to be called a hive on the planet. They have more or less given up control over the rest of the planet. But the grain ship still runs. 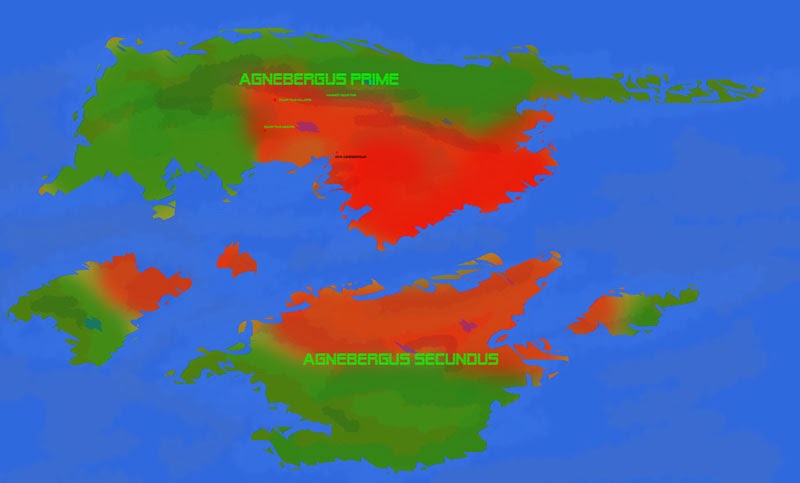 Red areas are still controlled by the Empire where the green are left uncontrolled to the ravaging orks.
Posted by Peta at 7:40 AM