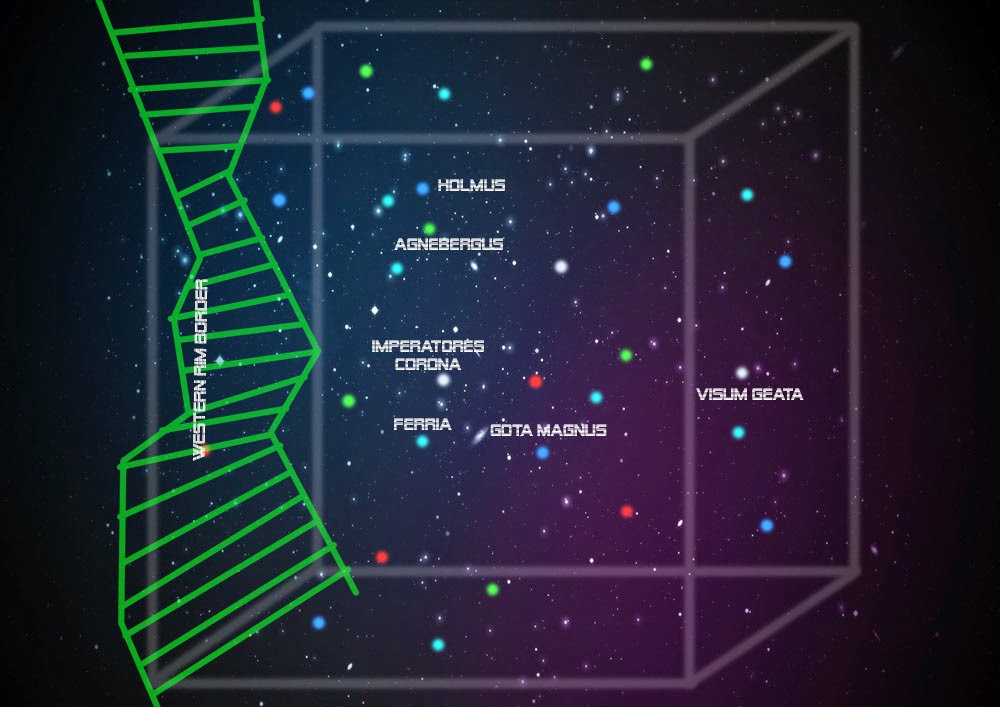 The Gota Sector is located at the western edge of the Segmentum Tempestus. The western part border to ork infested space making the sector under a constant threat of ork invasions.

The Gota sector was colonized already during the dark age of technology but sometime before the age of strife the sector was overrun by orks destroying almost all traces of human presence. The records of the sector however remained in the libraries of the Cult Mechanicus and during the age of strife the Gota sector became a target for one of the titan legion fleets launched from Mars. The legion made it through the warp storms and founded the forge world of Visum Geata.

The following millenniums the Visum Geata and its knight worlds, known as the Geats, stood as a beacon of humanity in a horde of ork infested space. With all communication impossible due to the warp storms, Visum Geata has no knowledge of the happenings in the rest of the galaxy. It was not until the great crusade that contact again was established with Mars and the newly founded empire.

It was at a dire time, the forge world was on the brink to be overrun by a mighty waaagh and almost all of its knight worlds where lost. Only the timely appearance of the Night Lord legion did save the planet from total destruction. The Night Lords, however, had to leave the sector as soon as the immediate threat was destroyed and the following Horus heresy again left Visum Geata and the knight worlds alone in the dark.

It was not until M33 the Gota Crusade was arranged to once and finally drive the orks out of the sector. In a century long conflict where among other the Dark Angles and Iron Hands as well as Tallarn forces took part, world after world was cleansed from greenskins. When the crusade was over, the orks had been pushed out of the sector to the western rims and many new worlds had been colonized. There among the new capital of the sector, Gota Magnus.

Since the orks could not be completely destroyed the Gota sector has since then seen countless of waaaghs and needs for cleaning already colonized planets where orks has risen in uncontrolled areas. The main defence of the sector lies on the Titan Legio Geata and the imperial guard armies of the Ferrian Steel Eagles and Holmus Sharp Dressed as well as all systems are required to keep an active planetary defence force. There is also a constant present of the Imperial Navy at the spaceports at Imperatores Corona with the task to patrol the western borders to be able to spot signs of coming waaaghs. 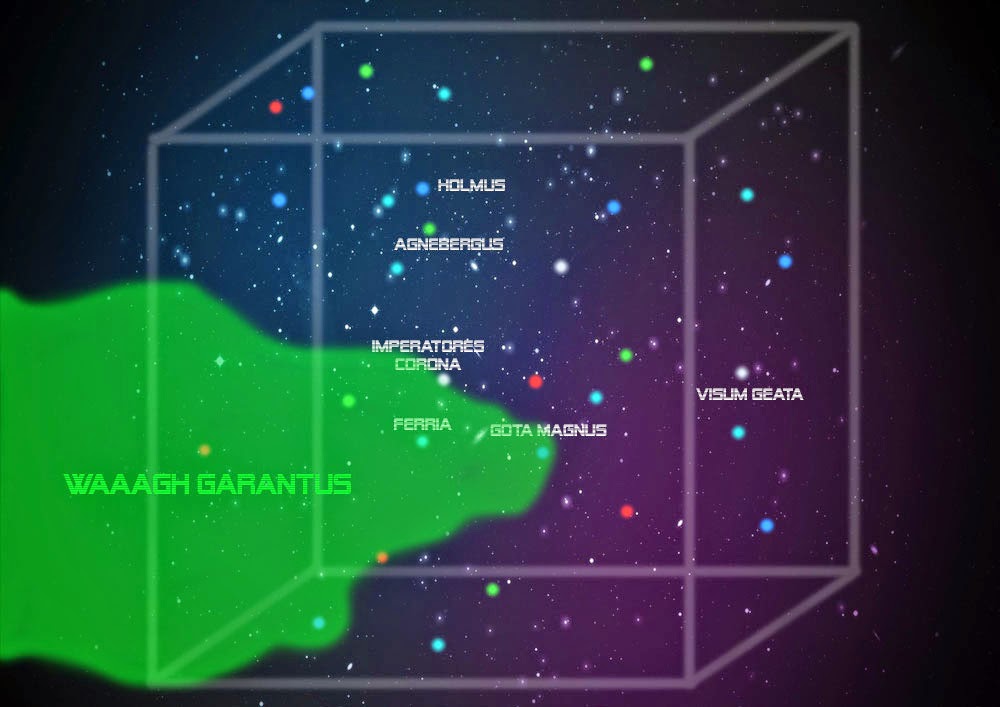 M40 and early M41 was a quiet millennia where the orks fighted among them self, luring the sector into a false security. The decadent governors at Gota Magnus let the alert systems decay and the local lords choose to enrich them self instead of supplying their planetary defence forces. The Waaagh Hazzlehoss at 453.M41 therefore came as a chock. Even thou the Waaagh was not a big one it successfully penetrated the sector as far as Holmus that fell to the greenskin before the Imperial Navy in a great battle destroyed the orks space armada and the Legio Geata drove the orks of Holmus. The lords however did not take the warnings seriously and it was not until after Waaagh Gargantus that took the battle to the Govenors palace on Gota Magnus that the sentry post at the border again was manned and the found starts to reach the imperial space ports.

The following Argutus Insurrection however did expend most of the fighting resources of the sector so when Waaagh Snassthoof hit it quickly overrun more than hundred systems. Realizing that if the orks was able to take the Hive world of Holmus the risk was that it would overrun half the sector in no time. All available resources was sent to Holmus in the hope to break the momentum of the orks. Leaving the rest of the sector dangerously unprotected.